Voting to remain in the EU was a no brainer for me. Conflict amongst the EU member states is non-existent (at a military level). Freedom of movement means we all benefit from the ability to move around just as much as our neighbours do. As a collective, the EU's bargaining power is far greater than any individual country's.

I'm not saying it's perfect but for most of my life, I've heard about how bureaucratic the EU is and much of it is either lies or there to be tackled. With the 'taking back control' slogan that has been at the forefront of the leave moment, it's absolutely amazing that the UK could lead the European Union. Instead the 'masterminds' of the behind Brexit would rather see decades of hardship with the promise of better times ahead. Without the right deal or support no country can prosper by itself in today's world. We can transcend borders without hesitation on the devices in our hands, yet we're not able to do that with someone that is slightly different.

If Brexit does becomes a reality, our children will be the ones that really suffer. Their opportunities removed by people no longer alive or that were never making the most of everything before them. Worst still, there are those that have taken full advantage of the joys of being a member of the EU but for some reason do not wish for future generations to enjoy the same freedoms. Worst of all, there are those that live in the EU, outside of the UK itself, and voted to leave. 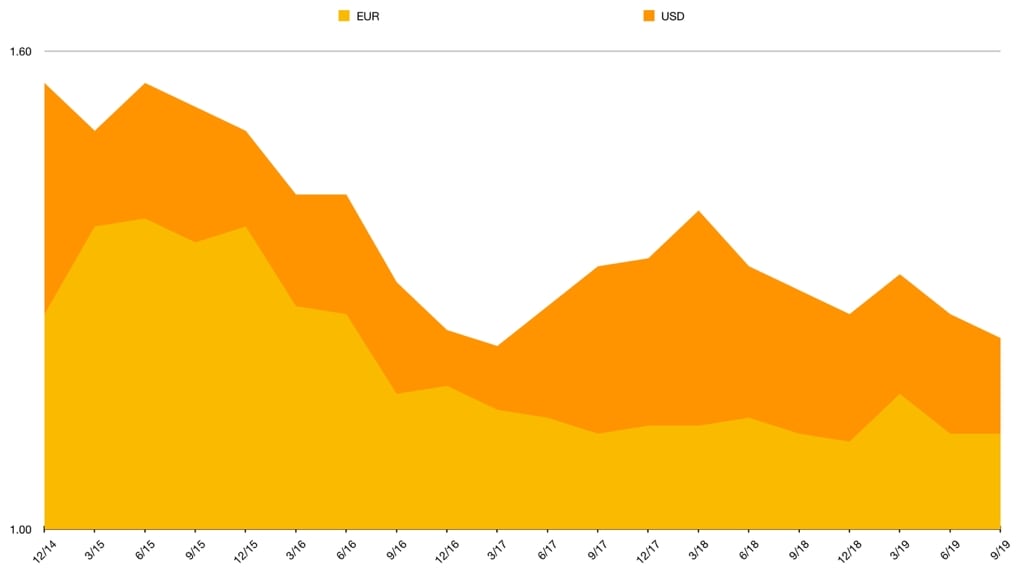 A pretty depressing picture of the value of the pound diving immediately after the referendum and never recovering.

We'll wave goodbye to EU subsidies and any funding will dry up. Austerity is literally killing people and yet continue to chase the impossible dream. The hardest hit are voting to inflict further pain on themselves and for all the false claims of being able to splash £350million on the NHS after we leave the EU, it's one of the hardest hit areas.

If we want to trade with the EU we still need to meet their criteria, so any 'red tape' that's been talked about stands whether we're in or out.

De-regulation isn't the answer to anything, the right regulation is. Without the UK at the table, driving the direction of it's neighbours becomes impossible.

Sadly, Sky decided not to air this episode at the right time 3 years ago, which was the day before the vote to leave the EU happened. Delaying it until after and it's pretty clear why, completely breaking down the false arguments that EU-sceptics peddle time and time again.

The hypocrisy and the lies

Politicians deserve all the blame for this. Their lies, hypocrisy and two-faced approach should be a source of embarrassment. Instead we've ended up with an unelected Prime Minister (for the second time), a government that continues to fail at fulfilling Brexit and an incompetent opposition.

If there's a second referendum I hope that even 10% of leave voters have changed their mind and even if remain voters have given their backing to leaving after the wheels were set in motion, that they vote for the right outcome rather than for the undeliverable.

Unfortunately, party loyalty seems to count more than what is right for the country. There are few politicians fighting the right fight. No-one is re-educating their peers or the public. We haven't left yet and it's already been a disaster. Leaked reports show how damaging it is expected to be if the UK leaves in any way but leaving without a deal should be something that keeps us up at night.

When Donald Trump and Nigel Farage are the biggest champions of a cause, you know you're on the wrong side of the argument and of history. The latter, someone who despises the EU (despite being employed by them) has never even tried to engage and make it better. He should embarrassed that an example he has bemoaned for years was successfully challenged by a TV chef.

The EU may not be perfect, but it's a damn site better than going it alone and harking back to a world that just doesn't exist anymore.

In run up to the 31st October, we've seen the EU agree to an extension and a general election called. I'd be very excited about a referendum with the opportunity to overturn the decision.

Given this opportunity, if people continue to vote for the Conservatives, given their disastrous record over the past decade, then there's really no helping us.

Week 104 Two years of 1 Thing A Week
Week 103 Tesla Model S vs the Porsche Taycan
Week 102 What's the point of an OLED display?

Week 104 Two years of 1 Thing A Week
Week 103 Tesla Model S vs the Porsche Taycan
Week 102 What's the point of an OLED display?
Browse the archive >

Jump to notable items for Week #104, Week #106 , view the notable archive or my favourites.