It’s been more than two years since I first complained about HomeKit’s inability to include lux values in its triggers. Not being able to account for lux is a big oversight in my opinion and makes the configuration a nightmare. 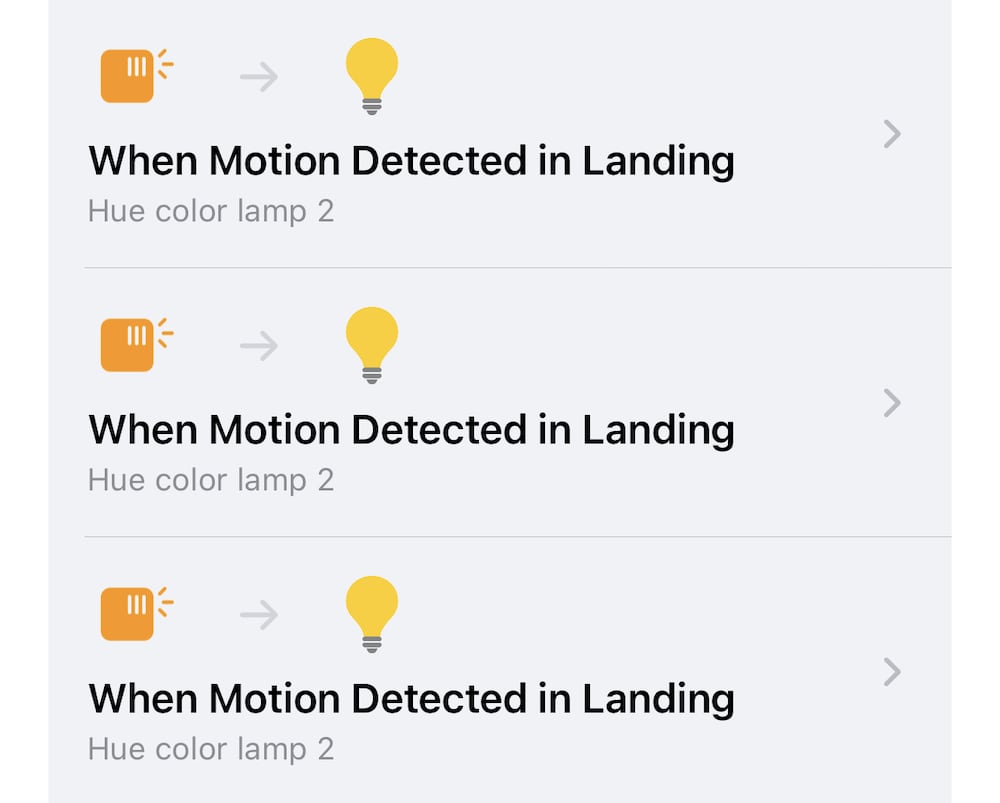 I have three routines for the motion sensors on our landing that cover how the lights in the same are behave for the evening, the night, and the morning. These work well enough but I have nothing covering the day time. That might not sound like a huge problem, but in the UK, it’s not uncommon to have a lot of cloud cover and the way our house is configured it means we sometimes get need a light on during the day. If the doors are closed, even more so. I could create a day routine but I don't want it to run every time it senses motion. I only want it to run when it's dark enough.

The Philips Hue app can do it this way, but it's a convenience I'm forgoing so that I can keep ally of our smart accessories in one place.

If the lux values were available as part of building an automation, I would actually only need two routines per sensor and bulb pair. One to cover the night when we want the lights on but with a lower brightness. The other routine would cover the rest of the day (morning-night), but only work when the lux level was low enough. And if I didn't care about the bulb brightness during the night, then it would be a single automation per sensor and bulb pair.

I'm almost talking myself into going back to the Hue app...

It's really good to see that HomeKit got some attention over the past year or so as it evolves. The home app is already aware of lux values, I can see them in the Home app, it just needs to acknowledge them in a more meaningful way.

A good example of HomeKit's evolution is how multiple triggers were handled before iOS 14. Previously, if you triggered a bulb to be on for 5 minutes, any subsequent triggers from the same sensor were ignored. Now, the triggers will reset the timer. A small thing, but it was the biggest complaint against our smart accessories.

But back to lux levels, earlier this month I gave in and began creating a Shortcut that would take care of this only to find out motion sensors can’t trigger Shortcuts! Don't get me wrong, overall I’m a big fan of the HomeKit ecosystem and having everything in one place, but the management of automations leaves a lot to be desired.

Week 108 2 HomeKit compatible devices to make your home smarter
Week 17 Getting the most out of your digital assistant
Week 14 What is the point of the Apple HomePod?

Jump to notable items for Week #173, Week #175 , view the notable archive or my favourites.