This past week finally saw Apple bring MagSafe back to the Mac. A convenience feature that is truly underrated and the one feature of the USB C/Thunderbolt era that genuinely had me scratching my head as to why they'd drop it.

The new implementation is USB C driven afterall, and fast charging supported on both the 14 and 16 inch models via MagSafe 3, so not sure why it was dropped or why it took so long to come back. I've been using a MagSafe adapter for the past 8 years and the charging brick that came with my Mac is still in the box so I've been wondering if they'd ever release a MagSafe 1/2 to MagSafe 3 adapter. I'm sure there are a large number of people with old MagSafe charging bricks so an adapter would make a lot of sense to me.

As well as wondering about adapters, I've also been thinking about other features that Apple should think about bringing back to the Mac to make them even better. 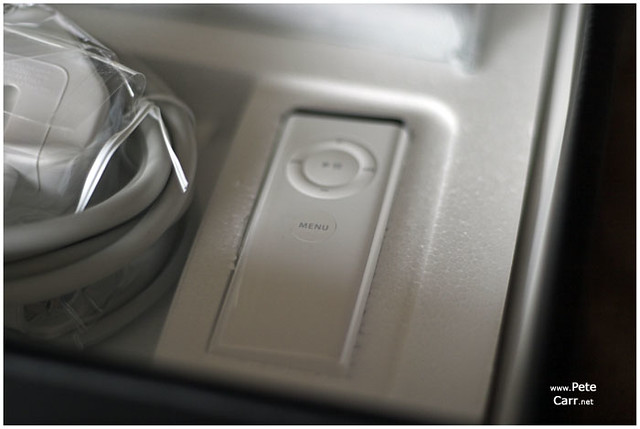 My first Mac was a Mac Mini (I still have it somewhere) and one of it's best features was Front Row. The bundled remote was small and easy to use and turned your computer into a media centre with the press of a button. When I graduated to a MacBook, the remote still worked with it and I still made use of Front Row. This is a feature more suited to the Mac Mini and iMac line up but compatibility with a MacBook wouldn't hurt given the new MacBook Pros have a dedicated HDMI port once again.

MacBooks of old used to have both a status LED and IR receiver on the front. This gave feedback to the owner and made features like Front Row possible even when they were closed. I do miss having a power indicator on my MacBook. Knowing if it's on when closed is pretty handy and it also had a surprisingly pleasing pulse when charging.

This wasn't limited to the plastic MacBooks either, it was a feature of the aluminium ones too.

A related feature of 'old' MacBooks was the ability to check the battery status without lifting the lid. A small button with 5 LEDs sat on the side of the MacBook and pressing the button would light up the corresponding amount of LEDs. The holes were tiny and the button didn't exactly take up a lot of space.

I recently forgot my charger and wanted to check another person's capacity before unplugging but you can't do that without unlocking the Mac first.

The current state of the MacBook line up

Given I haven't suggested anything life changing, the current M1 MacBook line up is looking really strong. I'm still a bit surprised at the thickness of the base and the notch, but overall the design is pretty strong.

The M1 Max in particular is a mind blowing bit of tech. The CPU has at least 8-cores, the GPU has at least 14 cores and they share up to 64GB of memory. Add in claimed battery life of around 21 hours for the 16" MacBook Pro and it all sounds a little unbelievable... but given how good the M1 performed when the Air and 13" Pro were bestowed with the M1 chip I can't see these new laptops disappointing.

On the topic of bringing things back, there was a fantastic point made on The Talk Show this past week. Nilay Patel:

Jump to notable items for Week #208, Week #210 , view the notable archive or my favourites.