Back in January, Polestar started teasing their next model, the Polestar 2 which would be their first all electric car. The Polestar 1 is something I looked at a few weeks ago and I really like the direction the brand is going in.

As manufacturers begin to embrace EVs, hybrids and plugins one of the nice benefits is that they're becoming more attractive. Gone are the days where they looked out of place in any brands line-up. The Polestar 2 is no exception to this new found sense of style. Not content with LED lights all over, it's a fastback with 4 doors so It's not only environmentally friendly but practical too. And it looks fantastic in "thunder":

That's pretty nice and they've clearly set their sights on the Tesla Model 3, which we'll come to later. 250miles is more than enough range for anyone in my opinion. As is a 0-62mph time of less than 5 seconds. All round, the figures are all looking great:

One might be a 2-door 2+2 coupe, the other a 4-door coupe, but the real difference isn't the number of doors or seating configuration it's the price. Starting at €39,900, that's almost a quarter of the cost of a Polestar 1. Suddenly we're looking at something affordable rather than something that's completely out of reach.

I've already mentioned the Tesla Model 3 and I think something very interesting happened this past week. The Polestar 2 was revealed on February 27th. At that time you could only order a Model 3 in one of it's higher specifications but as February drew to a close, Tesla announced the arrival of the $35,000 Model 3 which changes the EV scene completely. The difference between the single drive train models is pretty small but a little bigger when looking at their respective AWD models. The dual motor Model 3 would cost $47,000 which currently equates to €41,500 whereas the AWD Polestar 2 starts at €59,900 which makes the Polestar 1 45% more expensive than it's American rival.

Still, the EVs and hybrids I've looked at over the past 18 months have all breached the £40,000 mark when combined with the AWD option. Neither model is available to buy just yet in the UK. Both are available for pre-order.

As with the Polestar 1, the 2 will be available through their subscription model:

Polestar feels that car ownership should more closely resemble phone ownership: an all-inclusive monthly fee, with the option to return or upgrade at the end of your term, without any hassle or headache. Polestar’s future subscription model makes this a reality, with a monthly price including a host of services which allow you to focus on the joys of having a Polestar.

It's going to be one expensive phone but there are some good intentions there. Car ownership from initial purchase followed by fuel, duty, taxes, servicing and insurance all adds up. With this kind of car and model, the running costs can be reduced dramatically.

Overall, I think Polestar's design direction is really good. It's blocky but distinctive. Simple and elegant. It's Volvo-esque, but much more than that. It works. I'd assume the next model would be a cross-over or SUV. Volvo recently introduced Formula 1 technology KERS and a new B series of engines as part of their XC90 lineup.

Whatever they do next, they've not done much wrong so far:

Even the interior is really nice and at least in their initial photos, features a bezel-less screen in the centre console. Digital gauges too. It's a great look. 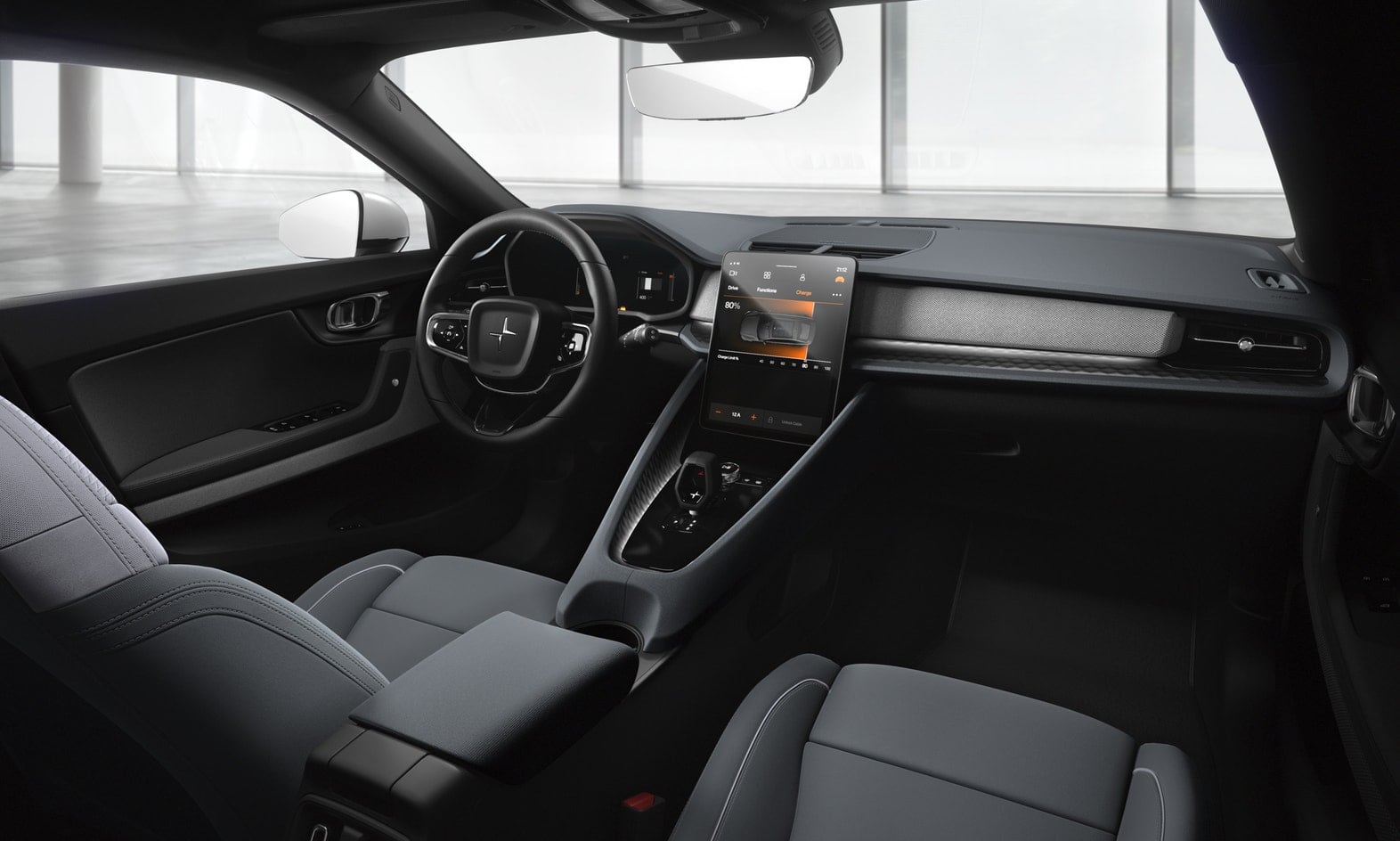 As an EV, there's plenty of technology to be found inside. From keyless entry and buttonless start to OTA updates, there are some really nice details in their reveal (as well as the OTT Apple style applause).

Sadly, their infotainment system is Android based. Great, because they can offer Google Maps & Assistant but Android's own One program only promises two years of updates for handsets, well beyond what Apple offer for theirs. CarPlay should still be an option but I wonder what the personal cost of this collaboration will be?

You can find out more about the Polestar 2 on their website.

Top Gear took a first look at the Polestar 2 as well as the Polestar 1. Having watched the video, I actually prefer the rear LED layout of the 2 over the 1 and didn't know this was all inspired by the the Volvo 40.2 concept.

DriveTribe posted their everything you need to know video on the Polestar 2:

Fully Charged published a new video on the Polestar 2's appearance at the Geneva Motor Show which also featured their new branding:

The Verge had a look at Android Automotive at Google I/O, this is actually different to Android Auto which is powered by your phone. Automotive looks OK and will definitely offer tighter integration between media, maps and the car. Interesting to see real world usage of it.

Jump to notable items for Week #70, Week #72 , view the notable archive or my favourites.