A few weeks ago I launched a linked data experiment, I wanted to see if I could get Google to display some helpful information just by using linked data and the definitions from schema.org.

It's been around 3 months since I launched the experiment and I initially had some success. Google would show opening times for various days of the week, but not all. I'm not sure what the logic was, but it wouldn't show the results for Monday to Wednesday. 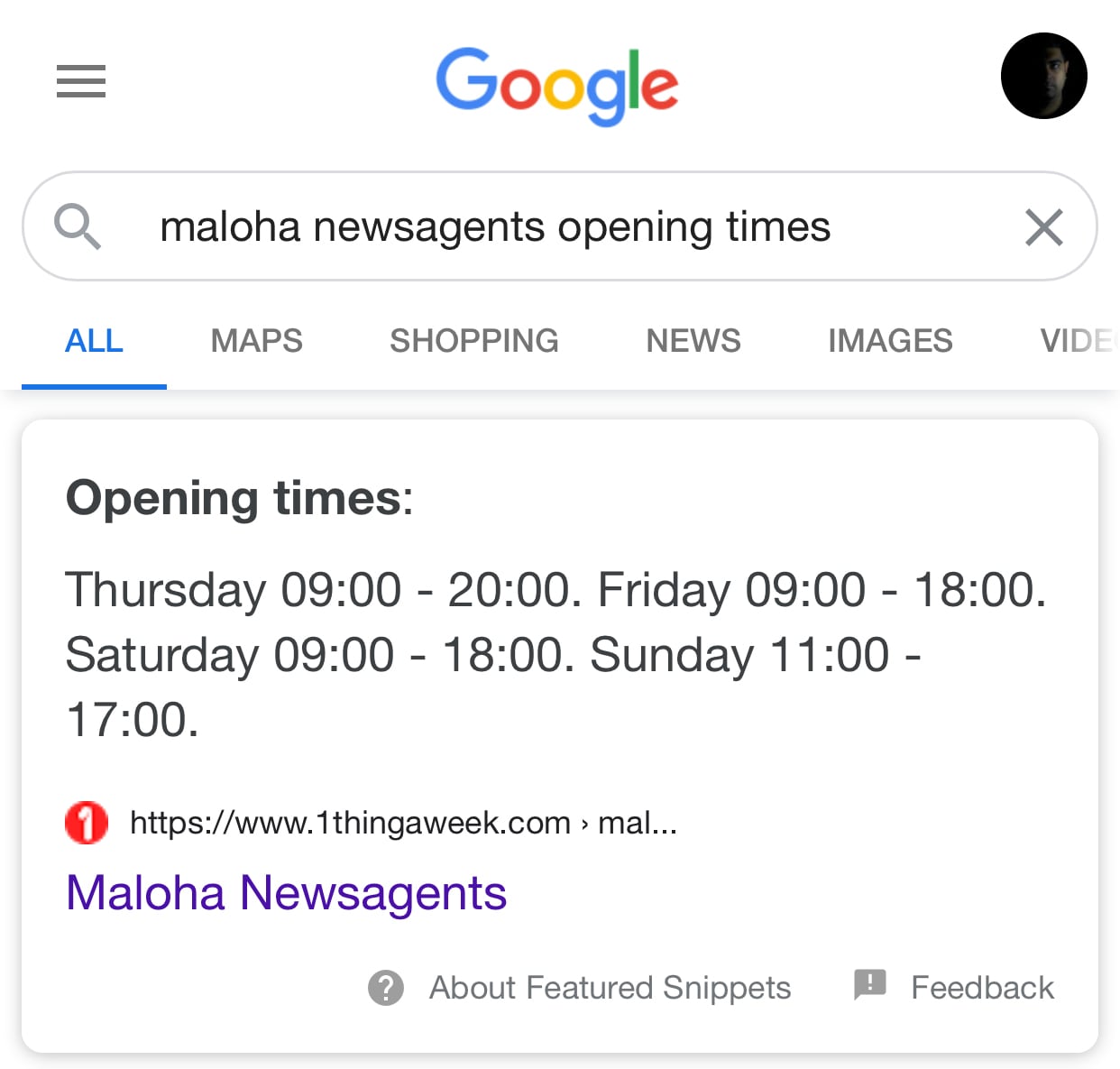 This screenshot was taken on a Monday (6th July) so it would have been more useful to have had the current and upcoming days.

I investigated some more and made a bunch of changes based on validation from Google's own SEO tools and I realised I'd made mistakes with the schema in general. All fixed, but now there's no highlighted information. It is then top result when I run a specific search but that's not quite the goal I had in mind.

Both DuckDuckGo and Google failed to render the information I was expecting, but surprisingly (to me) Bing was the one search engine that did something useful. 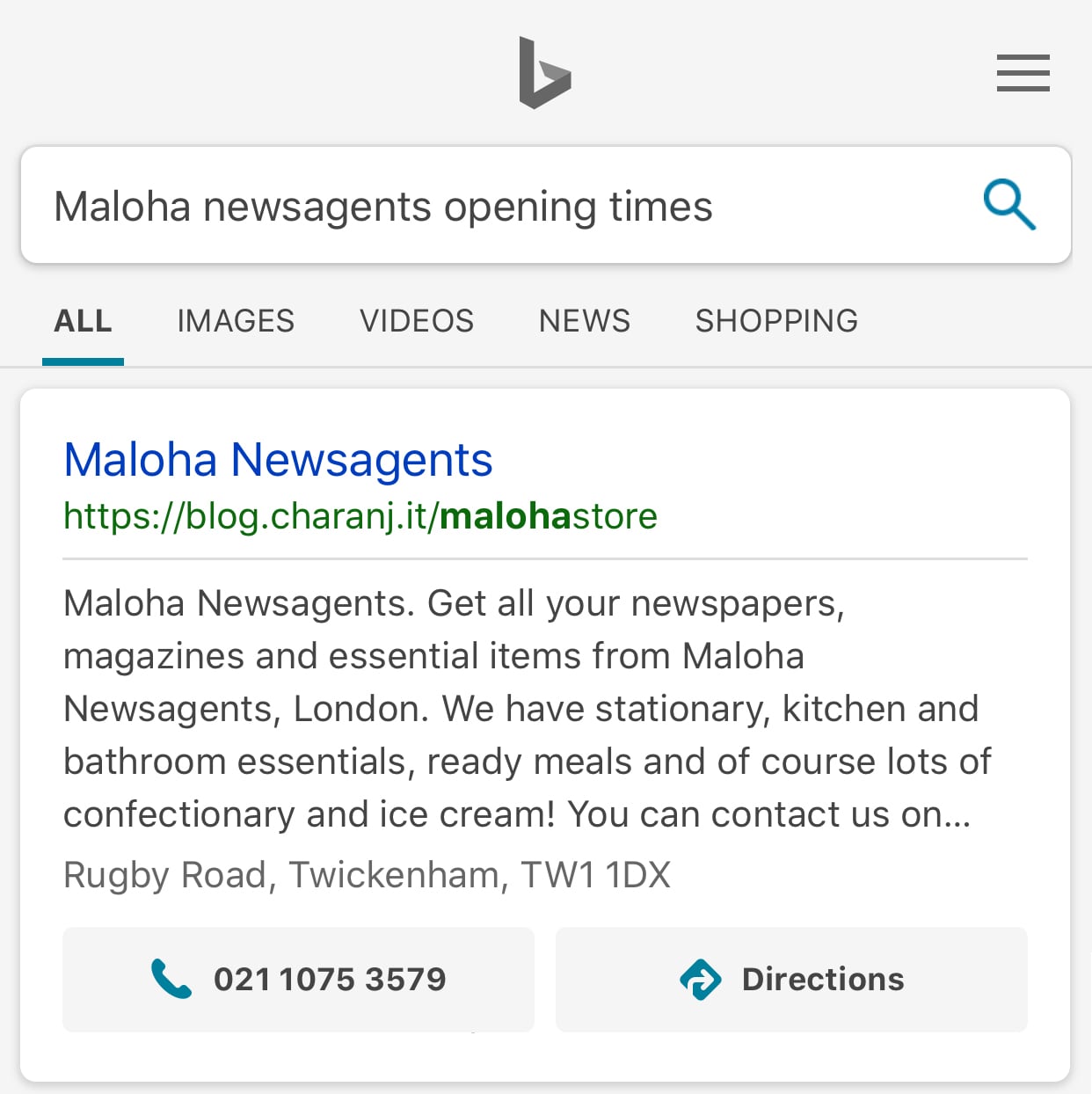 On mobile, you get options that let you start a call or to find directions. And they work!

(I have no idea why blog.charanj.it has been selected as the domain!) 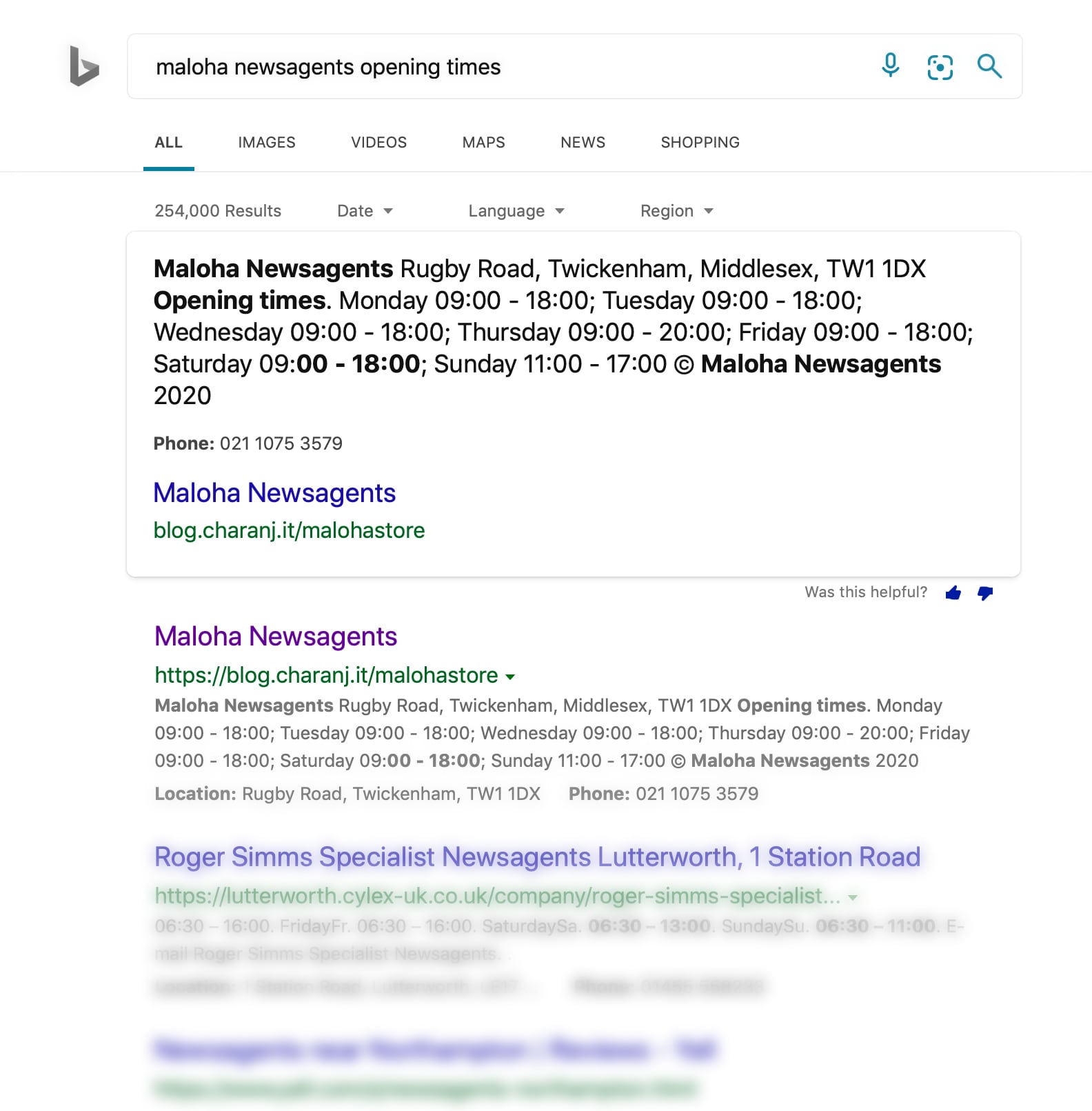 On desktop you get the phone number and address but neither are clickable. You also get the opening times for each day which is exactly what I'd have expected from Google.

This experiment was driven by a project I've been thinking about for about 10 years now. Having shipped SITEJOY, I wanted to finally make some progress with the oldest idea I've had and this was the first step to actually realising it. It's a big setback but with more research I'm hoping I can revisit it next year and come back with a plan to make it happen.

I'll be removing the page from the sitemap, and adding a `noindex` flag on it so if you do search for 'maloha newsagents opening times', you're unlikely to find the right result.

Jump to notable items for Week #150, Week #152 , view the notable archive or my favourites.