iOS has evolved a lot since it's release in 2007. Back then, there was no App Store and limited APIs and yet the developer community flourished.

We're now 11 years into the crazy world of iPhone launches and every year brings with it both updated hardware and software. As a consumer I find the iPhone, Apple Watch and iPad three of the easiest devices to use. There are no software or hardware features I'm really crying out for as the iPhone just does what it needs to and if doesn't, well there's an app for that.

I clearly remember the 2014 September keynote because of a giant iPhone appearing on our TV appeared and watching my daughter get up and try to swipe and tap on the TV itself. Cute, but it also just shows how quickly you can grip with these devices. She wasn't even one at the time. And the beauty of a typical Apple products is that it's ready out of the box.

Ever since the iPhone 5s at that 2014 keynote, Apple's M7 coprocessor has offered the ability to track movement and now the chip also enables the always on 'Hey, Siri' command. With the release of HealthKit in 2014, Apple created a centralised area in which to collate your health information. That same keynote saw the announcement of HomeKit, a place to bring all your compatible smart home accessories together.

Siri is fairly smart and the AI available to the Photos app from Apple's A11 Bionic chip is very impressive. But looking at these features from a the perspective of a developer, having this information collated is very useful, but not being able to interrogate or process it is frustrating. I can kick of a download from the Health app but you get sent a zip file with your data in it which isn't much use and inconvenient. HealthKit is not the only feature that falls foul of this either so keeping my developer hat on, here's a short list of features and/or data that I would love to see Apple release.

It's a short list as iOS mostly does what I need it to and does it well. I'd just like these four QoL improvements to make their way into HomeKit, HealthKit and the App Store sometime soon.

The Home app on macOS is a nice to have but really no different from the iOS version. It might actually be easier to create automations in it, but there's nothing new as far as I can see. I was hoping that the latest update would give more access to other features from the Philips sensors (not sure if that's down to Philips or Apple) but this is still all you're greeted with: 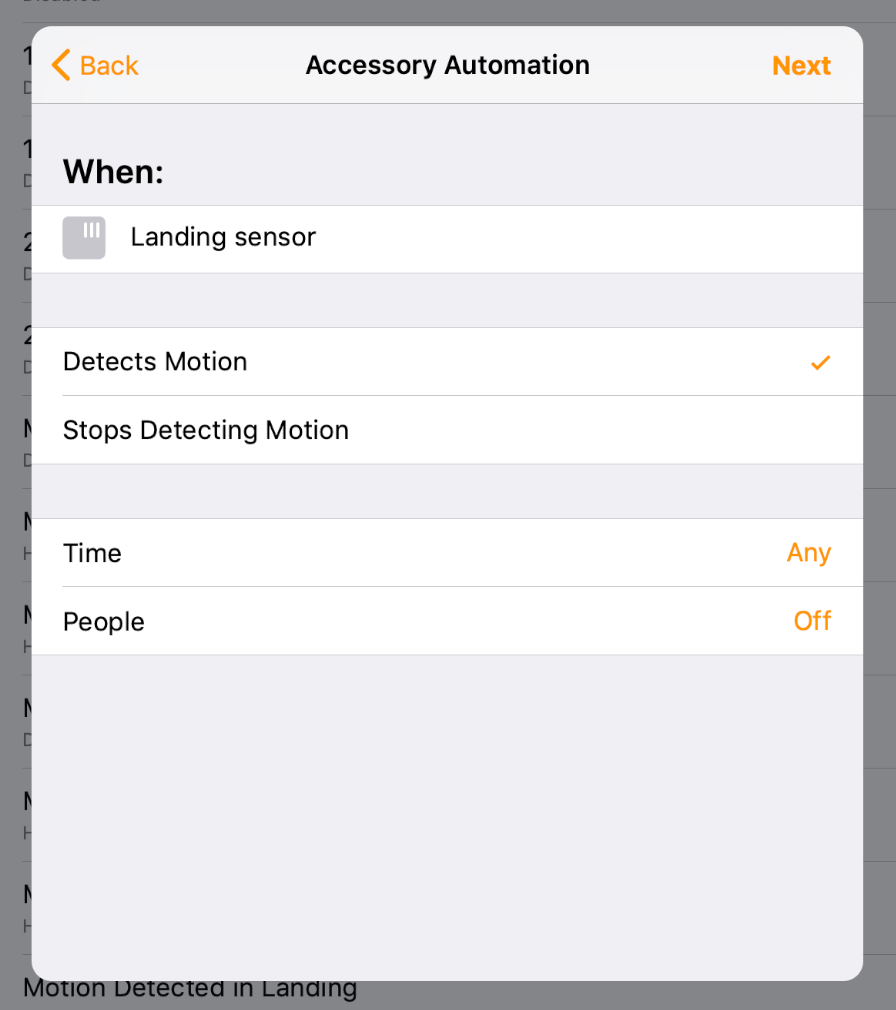 Jump to notable items for Week #44, Week #46 , view the notable archive or my favourites.