Ever since the App Store launched in 2008, it's grown from strength to strength and grew from having hundreds of apps to millions. Of those millions there are tens of apps from Apple themselves that cover the basic functionality that every smartphone needs and in some cases more. So which apps have I stuck with and which have I replaced with third party versions?

Very rarely have I made use of Whatsapp's calling feature and both Skype & Google Hangouts are used purely for work purposes so for all three features I've stuck with the stock apps. Messages is an app that hasn't evolved much over the years but FaceTime has had more obvious UI tweaks. Not always for the best, but it's fairly reliable and I can use it with everyone I need to.

Managing contacts started with Google with both my first smartphone and before that a regular mobile. Syncing between Mac's Contact's app and Google was a bit of a pain. Getting an iPhone changed the game and now my contacts are synced flawlessly everywhere.

Inbox zero has been an important factor in making the avalanche of communication manageable, but the stock Mail app doesn't cut it. Unified inboxes are great and all, but Mailbox spoilt me with its introduction of the snooze feature. Now that the GMail app offers a unified inbox of it's own (long overdue), it's the default email app for me now.

Another key part of the Apple ecosystem has been the calendar apps on offer. I switch between iCloud and Google Calendar being the repository, but the Calendar app is the one I use on both the Mac and iPhone. If you use it, do you know you can turn your phone sideways for a different view? 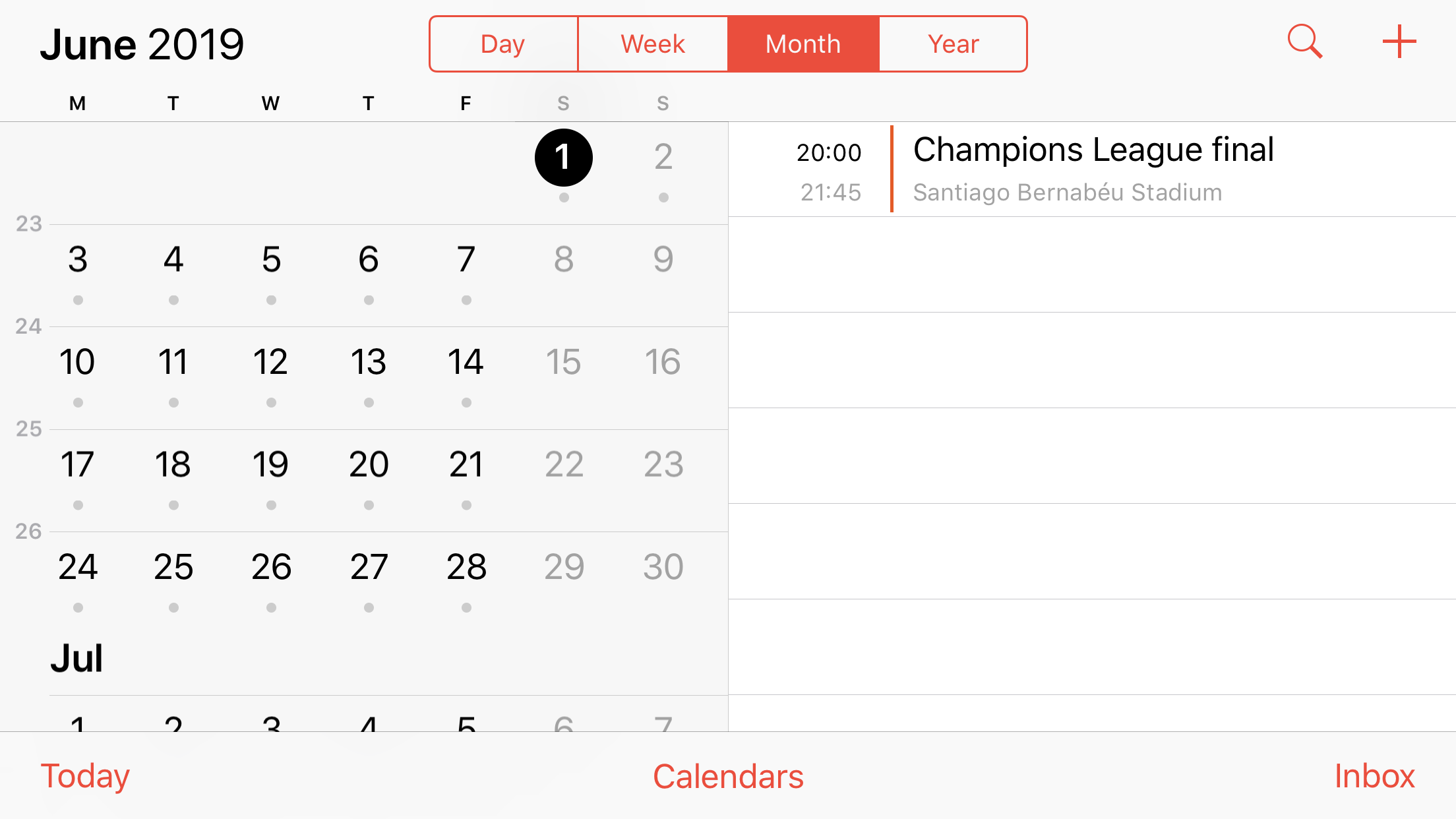 Truly indispensable to me, I reminders scheduled daily, weekly, monthly and even yearly. An app that never lets me down.

I'm really trying to give up Google Maps and to make Apple Maps my default. I'm almost there and would be all in if it wasn't for Street View. Today was the first time I'd seen the Maps app suggest an alternative route as traffic changed and it was seamless.

In the past I'd relied on Evernote and other apps of that nature, but the syncing of notes in the stock Notes app has been almost flawless for me over the years so I've not had the need to search for anything else.

Well before I got into using any device for payment, I was using the Wallet app for loyalty cards and tickets. It's great at presenting the right cards at the right time but trying to tee up a pre-authenticated card with a Touch ID device is something I only discovered recently and is frustrating and now I understand why the Face ID version, where you tap the power button a couple of times, makes sense.

These three apps work in tandem for me, I track my activity and sleep with my watch and use shortcuts to automate things that usually have to be done manually and regularly. The Health and Activity apps could do with an API, but no complaints otherwise.

Two apps that do what they say on the tine. Apart from needing to know what the day ahead holds for me and doing basic arithmetic I've not had any reason to look beyond these two apps.

As I've gotten more and more into podcasts, I've been using more and more of the features it offers. The stock Podcasts app is good enough. There are a wealth of apps out there in this space, but I've not needed anything more than this app offers yet.

I'm not an Apple Music subscriber, but I do use the Music app more than Amazon Prime Music and Spotify. Playlists were an obsession of mine for a while but with podcasts filling the silence more than ever, I'm using the app less and less.

I don't read as many books as I should but I do browse through content on Apple News all the time. At the very least, I use the Books app to keep PDFs available across devices which has been a great help.

It's complicated. I use iCloud Drive sparingly, keeping the iCloud quota for photos, app backups and files related to the iSuite. I generally use Google Drive for documents and Amazon Prime's photo storage for photos but they're also synced with Google Photos most of the time too. I now use Dropbox for cross platform sharing (I use Windows for work) which works really well. Apple really need to make storage cheaper than it is and editing text files needs to be introduced.

Not an app I use at all apart from seeing what new interactions are like. Now that you can delete stock apps, this is long gone.

As we're looking to redecorate, the 'new' Measure app has been really useful to have. It takes some calibration every time it's opened and doesn't always work when my phone is pointing higher than my eyeliner, but otherwise it's really good.

Published 20th May 2019 by Charanjit Chana

Week 81 Why I can't give up on Google Maps. Yet.
Week 80 BuzzFeed's 'Worth It'
Week 79 Breaking down Avengers: Endgame (spoilers)

Week 81 Why I can't give up on Google Maps. Yet.
Week 80 BuzzFeed's 'Worth It'
Week 79 Breaking down Avengers: Endgame (spoilers)
Browse the archive >

Jump to notable items for Week #81, Week #83 , view the notable archive or my favourites.