Over the past few months, I've tried to stop relying on the iOS version of Google Maps and focus on using Apple Maps. The main driver behind this change was Siri. Asking for directions or traffic information through Siri makes use of Apple Maps data so you're taken straight to the app.

That one killer feature missing from Apple Maps

There is one feature that Apple Maps lacks that makes the transition hard. Search results are pretty good, directions and traffic great and public transport continues to get better and better.

It's when you're looking up a destination that you've either never visited or need some help with refreshing your memory. Satellite view is useful, but not having their own version of Street View is so hard to live without. I often open Google Maps just to better orientate myself, but use Apple Maps for the search, directions and traffic info.

With Apple investing in their mapping efforts (perhaps to help with Project Titan, their rumoured self-driving car project), things are likely to get better and I'm hoping Apple's version of Street View is not far away. Justin O'Beirne has a fantastic series of articles that look at how Apple Maps and Google Maps stack up against each other and how they evolve.

Street View really is the only feature I miss. Much like my approach to social networking apps, I made the switch by filing Google Maps away in a folder and putting Apple Maps in it's place. Now there's no escaping it and it's a conscious effort to use Google Maps over Apple Maps.

When it comes to the frills of a mapping app, Apple's 3D view of areas is much like Google Earth, a feature not included by Google Maps. Here's a comparison of what the two look like side by side of the same area. Google Maps on the left, Apple Maps on the right: 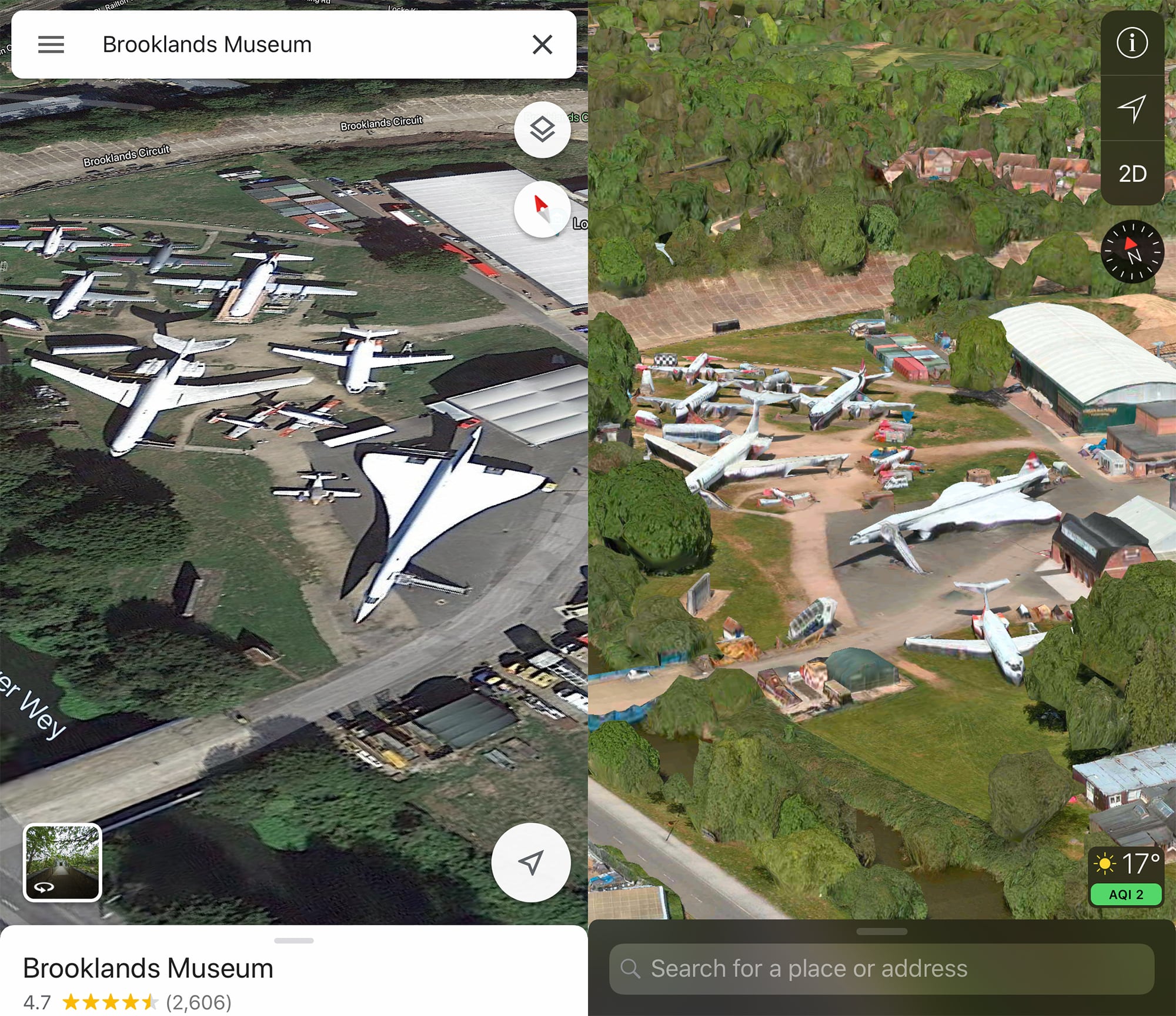 Their superior 3D experience goes beyond just rendering landscapes so well, they also have a feature called Flyover:

Transit information has also become really clear and useful in Apple Maps over the years. Here's an overview of the Hammersmith & City line across London followed by a look at more detail as you zoom in. 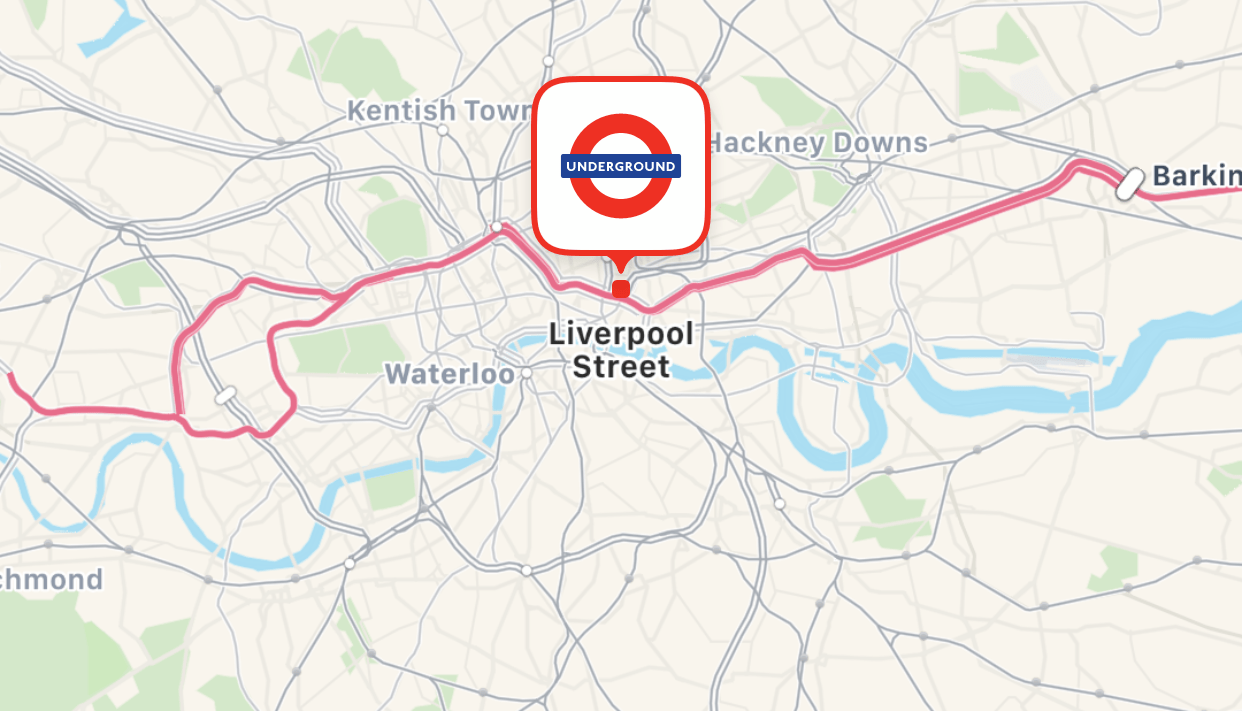 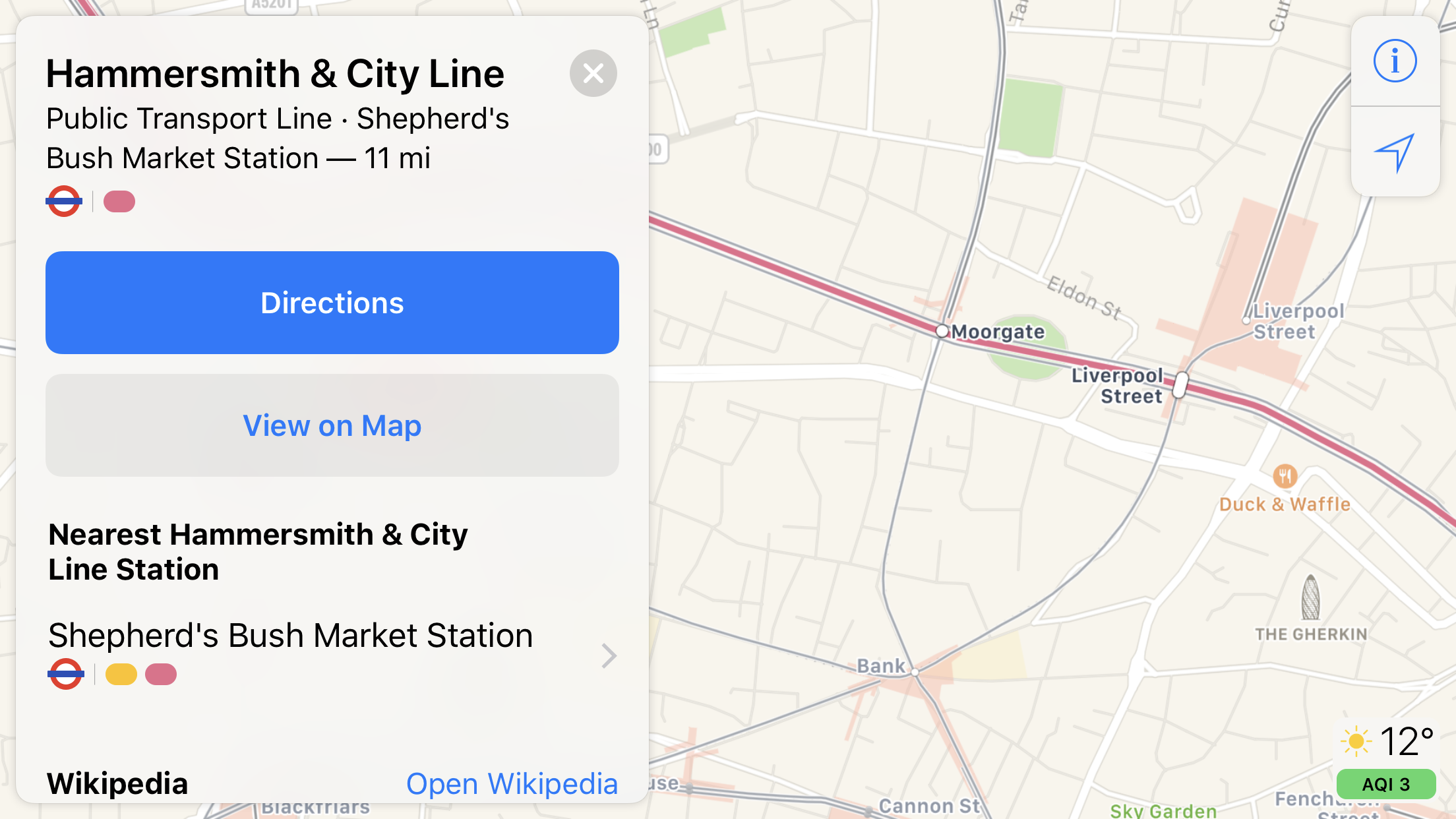 Having had to use The Tube recently for both family and work, Apple Maps really surprised me with it's information and reliability. Apart from the safety of Street View, Google Maps didn't get a look in.

If you've always used the stock 'Maps' app on your iPhone then you've been using Apple Maps for the past 7 years. As someone who uses 'Maps' daily, I really like the Apple experience. There's very little in it too. Both provide great navigation, but like integration with Siri, Apple Maps is accessible from the lock screen meaning you can turn the screen off for long stretches of driving and it will automatically come to life at the right times.

Perhaps I was in the minority, downloading Google Maps (295,000 reviews) instead of persisting with Apple Maps but the experience was not good enough when it was first made available in 2012. There was a 7 year gap between really using it in anger so I will continue to give it a chance.

Published 13th May 2019 by Charanjit Chana

Week 80 BuzzFeed's 'Worth It'
Week 79 Breaking down Avengers: Endgame (spoilers)
Week 78 The first photo of a black hole

Week 80 BuzzFeed's 'Worth It'
Week 79 Breaking down Avengers: Endgame (spoilers)
Week 78 The first photo of a black hole
Browse the archive >

Jump to notable items for Week #80, Week #82 , view the notable archive or my favourites.